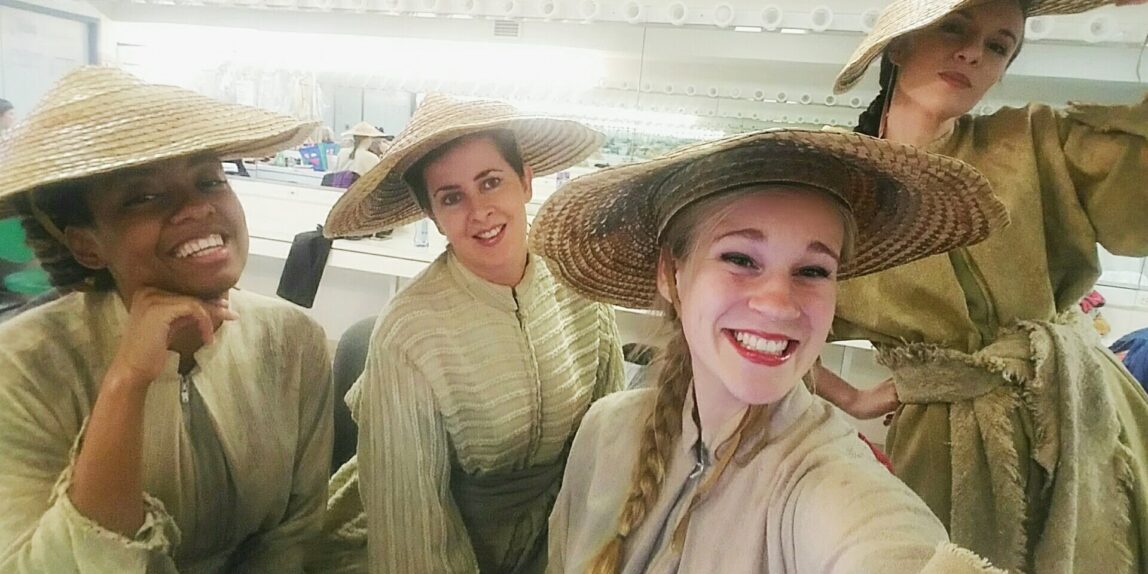 Recently, I found myself wrapped in a discussion about whether or not we as artists should be allowed to make any changes in canon repertoire. It came up when the Chicago Opera Theater announced that they will be featuring a unique and exciting new voicing of the character Don José in their upcoming rendition of Carmen: a mezzo-soprano by the name of Stephanie Blythe will sing the role at pitch in her drag persona, Blythely Oratonio. Although there were people who believed that absolutely nothing (be it staging, voicing, costuming, etc.) should change out of respect for the composer, I simply could not agree and noticed that I was forming a potentially controversial opinion.

In my mind, there’s nothing wrong with finding a new way to bring life into a piece as overdone as Carmen, since we seem to struggle with programming contemporary composers (for those who would like to see this disparity in action, please check out this link to OperaBase). In my short career, I have seen that art and opera are as dynamic as the people who sing it, write it, and direct it…and that’s what makes it truly timeless. We can do it all: some companies may choose to embrace new interpretations, while others revive previous styles as they attempt to help us to communicate with one another. As a singer and modern opera fan, I praise my colleagues for being truly creative, pushing boundaries, and using the art how it should be used: to connect with our fellow humans and discuss our collective experiences on earth. I never want opera —or myself— to stay the same forever, because that does not encourage personal growth or challenge the mind.

Going from that point, we have to remember that many works including Carmen are adaptations of other great works as well. The masterwork by Bizet actually is inspired by a book written by Prosper Mérimée which has consequently produced many other versions (from film, to opera, to poems, and more) so I worry that it would be considered cherry-picking if we only allow for certain interpretations to be made and then ban others simply because one is traditionally considered beautiful. There could be many other very beautiful things that come from one source! As people often say, if someone doesn’t like it, they do not have to watch it. There will always be other versions that someone might enjoy more, and that is completely okay.

It’s not disrespectful to be inspired and continue having conversations with artists in our past in fresh, new ways. To make something so wonderful that creative minds who live hundreds of years in the future still want to interact with, rewrite, preserve, tear apart, etc. is very special—and it is one of the only ways that we can truly live forever. That being said, people proceeded to say that “people like me” are the problem with opera. I don’t believe opera is in danger because of artists who are pushing boundaries and redesigning classic works. It is even more important to note that “people like me“ are also the same people who are considered canon artists in Western music traditions. For example, according to this article, “[the] music director of both the Mostly Mozart Festival in New York City and the Waterloo Music Festival in Waterloo, N.J. offered the chance to hear two operas as reworked and rewritten by famous composers: Wagner’s edition of Gluck’s ”Iphegenia in Aulis,” and Richard Strauss’s overhaul of Mozart’s ”Idomeneo””.

Strauss and Wagner both reworked great pieces by famous artists. Are they not allowed to do so, despite being amazing (and canon) composers themselves?

As Gustav Mahler once said, “tradition is tending the flame, not worshiping the ashes.”

Although others might not agree, I will take Mahler’s word as permission that artists are allowed to explore how opera can best relate to the modern audience, even if that means lifting an entirely new work from the remnants of the old.